Once again, statewide surveys of insects in corn and soybean fields were conducted during the summer of 2016.  A total of 33 counties were surveyed this year. The surveys were performed during the first week of August by sampling five corn and five soybean fields per county. For the past several years (2011, 2013–2016), surveys in corn and soybean fields have been conducted with the goal of estimating densities of common insect pests. Densities are reported for the various USDA crop reporting districts of Illinois to highlight portions of the state where the risk of economic insect damage is greatest. The estimates provided in this article should not be considered a substitute for scouting individual fields and making informed pest management decisions—even areas of the state that appear to be at low risk could have contained fields with high densities of a given insect pest. 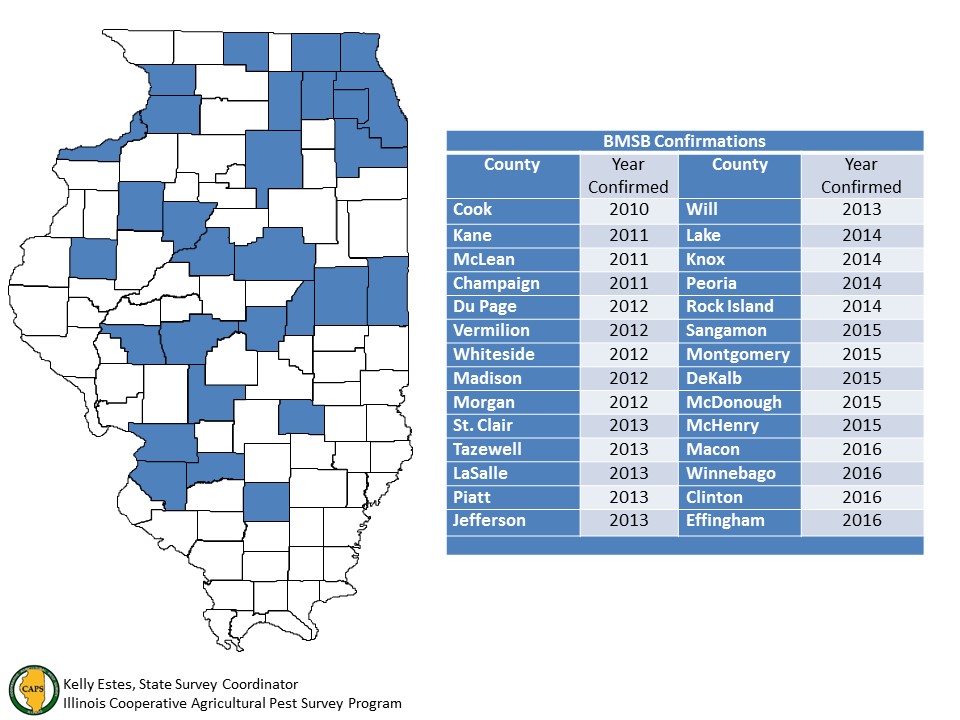 Funding for survey activities was provided by the USDA National Institute of Food and Agriculture and the Illinois Soybean Association. This survey would not be possible without the hard work and contributions of many people. I would like to thank Illinois Cooperative Agriculture Pest Survey Program interns Evan Cropek, Colleen Musson, Ryan Pavolka, Emma Sementi, and Jacob Styan as well as Department of Crop Science interns Lacie Butler and Sarah Luce.