Japanese beetles are back. Reports statewide indicate Japanese beetles are here (and in some locations, in very high numbers.) With corn starting to tassel and getting close to tassel, it’s important to remember, even though densities may appear to be extremely high, the average density of beetles across the field may be below levels of economic concern. An insecticidal treatment should be considered during silking if:

Also remember, that there are usually clusters of Japanese beetles near field edges and if those are the only locations sampled, it will skew the numbers. 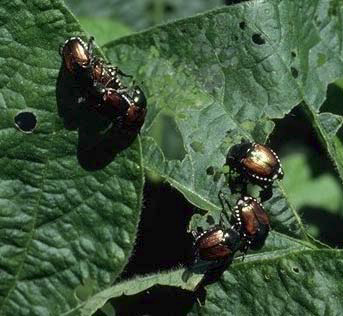 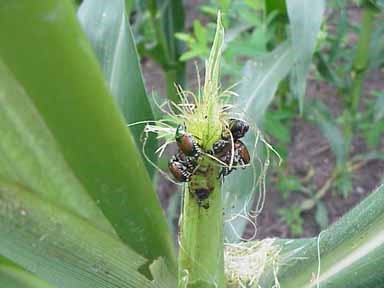 After with reports of thistle caterpillar in soybeans the past two weeks, the concern now seems to be focused on other defoliating pests like Japanese beetles.  It’s important to scout flowering soybean fields for the presence of Japanese beetles. Insecticidal treatments should be considered when defoliation reaches 30% before bloom and 20% between bloom and pod fill. 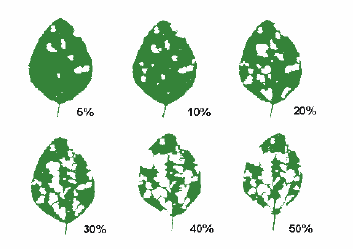 Another pest starting to make a stir is grape Colaspis. Grape Colaspis has been a sporadic pest in Illinois. We often focus on the injury caused by grape colaspis larvae in corn. The larvae feed on root hairs and eat narrow strips from the roots. We did see quite a few adults in our 2016 statewide survey and there are some early indications that high numbers have returned to some areas this year. Foliage feeding by adults is usually insignificant but scouting will be important in areas where there are several defoliators at work. 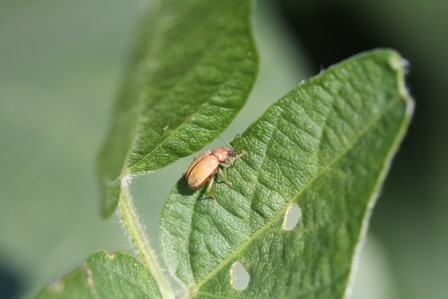 Western corn rootworm emergence has begun.  Emergence is still in its early stages, but as we move into the July 4th holiday, reports will be more frequent. 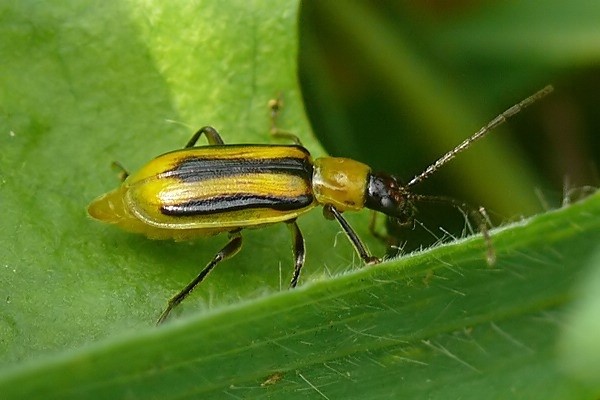 Corn earworm flights have been steady for 2 weeks with several locations peaking 6/15-6/20. Moths will lay eggs in the evening and with hatch in 3-4 days at 77F. Larvae feed on whorl stage corn and other host plants for a period of 3 to 4 weeks before burrowing into the soil to pupate. We expect a second generation of larvae and moths to peak in late summer.

Corn borer flights have been very low, but that doesn’t mean ECB isn’t present. Be sure to scout for corn borer feeding on conventional corn.

Flights of fall armyworm have also been low, but consistent. There is a good chance we may still see these numbers pick up. Fall armyworm will feed during the day and night unlike the night-feeding armyworm. Early symptoms may be similar to corn borer feeding (small holes and window-pane feeding in the leaves.) As larvae get larger, they will consume more leaf tissue before moving to the ear as plants begin to tassel.

Western bean cutworm trapping is underway. Numbers have been very low with only a few locations reporting a couple of moths. Purdue is reporting very large numbers the first week of trapping with the peak expected in 2-3 weeks. Wisconsin has reported WBC emergence. High risk areas include those with high moth flights and WBC history and sandy soils. We encourage scouting during the growing season as evidence at harvest does not necessarily confirm WBC presence. The latest Purdue Pest & Crop Newsletter has a fantastic article with WBC information and a video for scouting.

“Scouting should begin once moths are being captured nightly. In five different areas of a field, inspect 20 consecutive plants for egg masses which are laid on the upper surface of the top leaves of corn and/or larvae that may have hatched and crawled to the whorl and begun to feed. Usually the newest, vertical leaf is the best place to look for egg masses. Young larvae need pollen to survive, and female moths are most attracted to cornfields that are just about to pollinate. Moths will lay eggs on whorl stage corn when pre-tassel/pollinating corn is not available. Larvae may initially be found in leaf axils, feeding on pollen that has accumulated there. Later damage from larvae, as they feed deep in the whorl (attacking the tassel to get at pollen), will resemble corn borer or fall armyworm damage. Initially the damage will be subtle and not economically important (or even noticeable). Later stage larvae enter the ear and feed on corn kernels and can cause economic damage, and also can exacerbate ear rots, including Gibberella ear rot.” 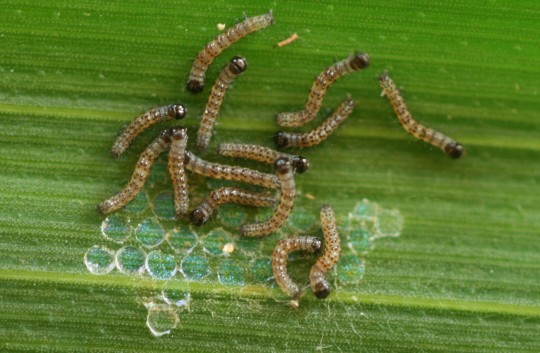 We continue to monitor the spread of brown marmorated stink bug in Illinois. Populations continue to grow. Most issues stem around it being a nuisance pest in homes, though we expect to see injury in agricultural and specialty crops in the near future. While we will be including BMSB in our summer surveys, I did receive my first garden report this week. Gardeners in areas with high populations should keep an eye on home gardens. 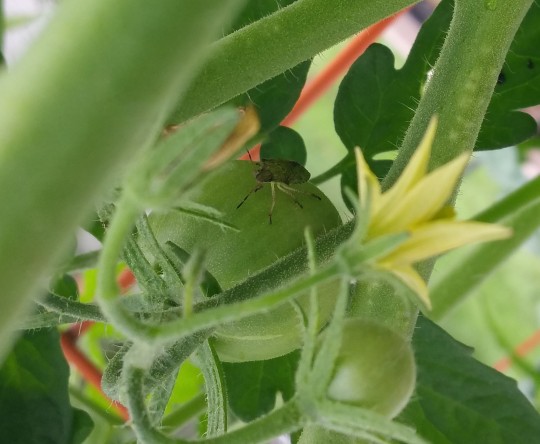 Spotted wing drosophila has become a serious pest for both specialty crop growers as well as home gardeners. This invasive fruit fly will insert eggs into healthy fruit, leading to the immature stages (maggots) that feed on the fruit flesh causing decay and reduction of quality. Often times, there is no outward indication of an infestation. While populations are low in the spring, they will gradually increase throughout the summer and later season fruit tend to have more damage. In our 2017 orchard survey, SWD has been confirmed in Pope, Champaign, and DeKalb counties in the last two weeks. 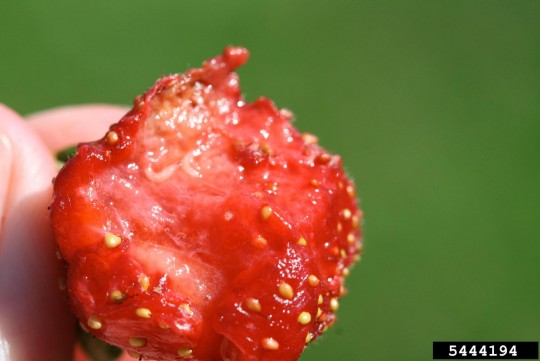 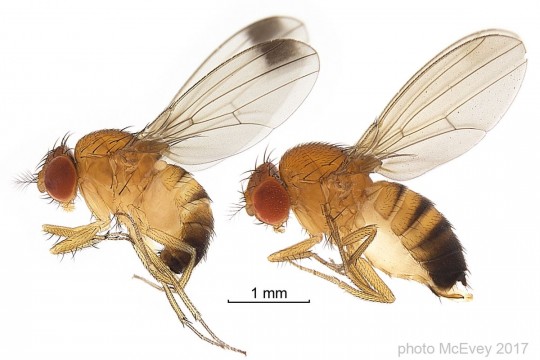